The Punishment of Luxury- Signed Limited Edition (3000 Copies) Deluxe Book Version
Price: £55.00 (from PledgeMusic, plus postage)
Includes:
- Copy of the album on red vinyl
- Copy of the album on CD
- Bonus disc featuring demos of tracks on the new album
- DVD about the making of the album
- Individually numbered and signed coffee table-sized 'luxury' book in which the vinyl/CDs/DVD are kept 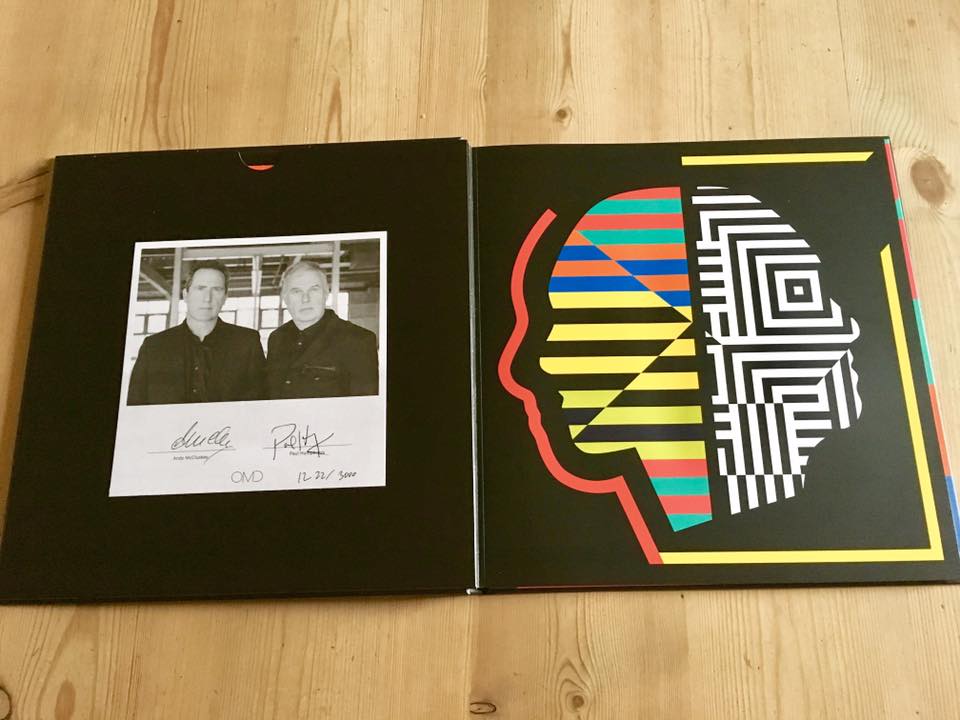 ~ ~ ~ ~ ~ ~
OMD have never been a band to do things by halves, and as both the design and the price of this edition of their new release suggests, they are not going to be relinquishing that reputation any time soon.
The first thing that should be mentioned here is that, within this package, the buyer does actually receive two copies of 'The Punishment of Luxury' (one on red vinyl, and one on CD) as well as a CD of demo versions of some of the tracks and a DVD that explores the making of the album. 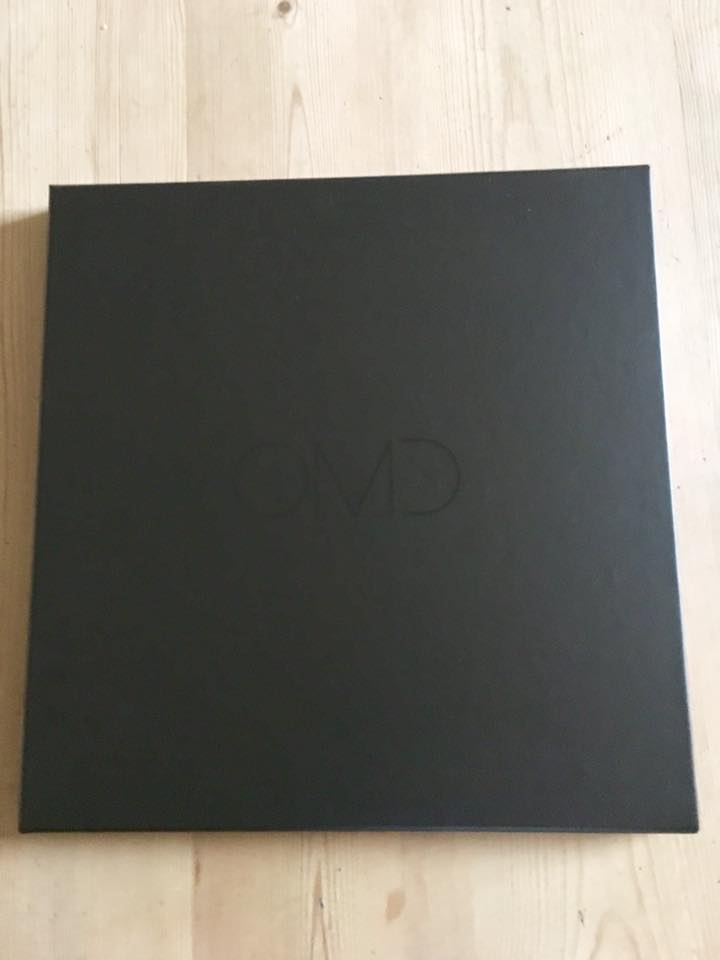 Both the first CD and the red vinyl are relatively standard; although I know there were some complaints as to the condition in which some people's vinyl copies arrived in, this particular copy (limited edition number 1222/3000, in case anyone was interested) arrived in pristine condition and played as well as expected. In terms of sound quality the vinyl definitely trumps the CD, as it adds a definite punchiness to the music- particularly to the title track, 'Robot Man', and 'What Have We Done'.
The second CD and the DVD, however, take a little more delving in to- particularly the former, which includes demo/earlier versions of most of the tracks on the album. The most fascinating track to listen to on this CD is most certainly 'Art Eats Art', the demo version of which almost verges on pop-rock (Shock! Horror!) particularly during the introduction. 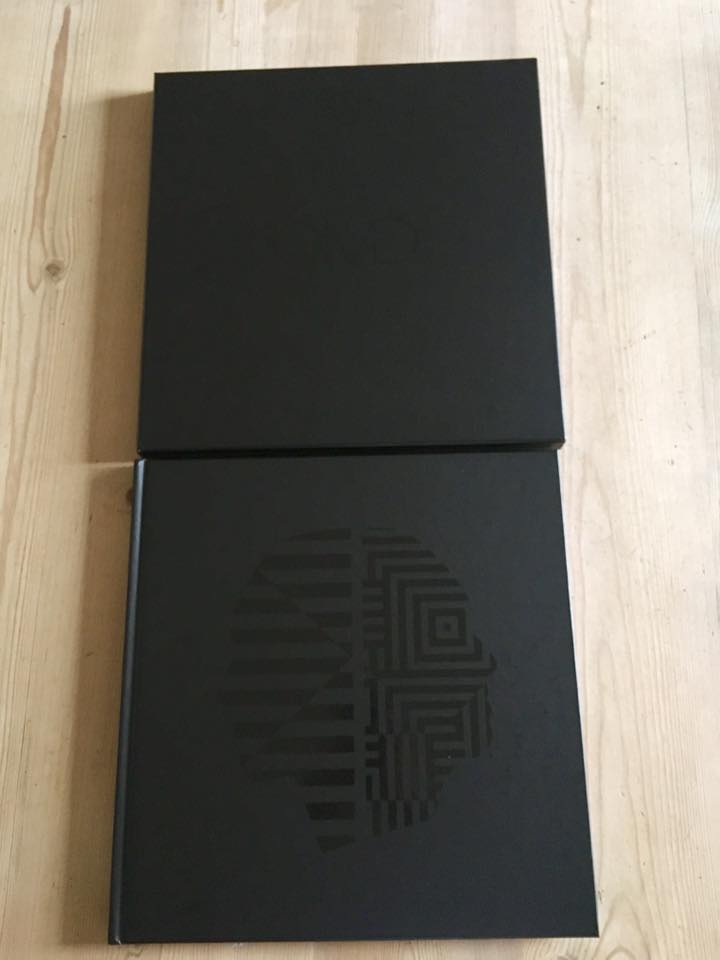 The DVD features a short 'documentary' about the making of the album, as well as clips of Andy and Paul talking about each of the tracks and how they came about, and the two music videos for 'La Miltrailleuse' and 'Isotype'. It's a shame that the video for the title track isn't on the DVD, but presumably that is simply because the product was already in production when the video for that particular song was released.

The vinyl and the three discs included in the package are all housed in a large book too- and not just any old book. Inside are over twenty five glossy pages, including a page or two for each track on the album with the lyrics for each song (including some printed handwritten drafts) shown alongside new pictures of the band. The outside of the book is completely black with a shiny version of the album cover printed on the front, and as a finishing touch the whole thing comes in a black, cardboard case in order to keep the main book from getting scuffed (something that, due to the colour and the materials used, seems to be quite easily done!) 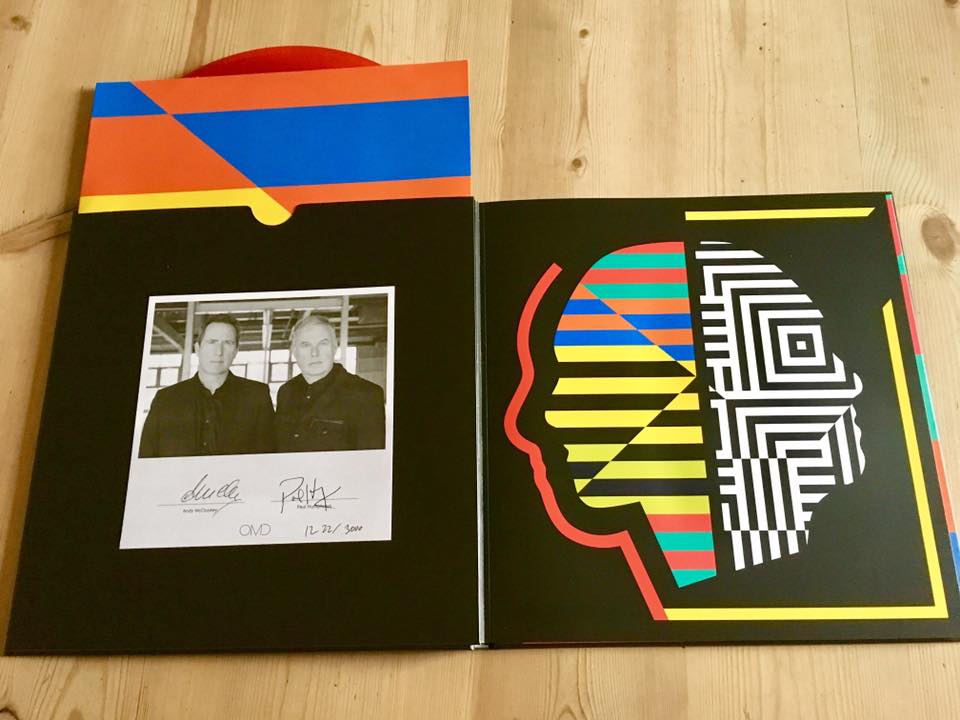 Overall, the whole thing makes for a very nice item- although due to the price (fifty five pounds, plus Pledge's extortionate postage costs, is quite a lot for one album when you really think about it) is certainly only something for hardcore OMD fans. 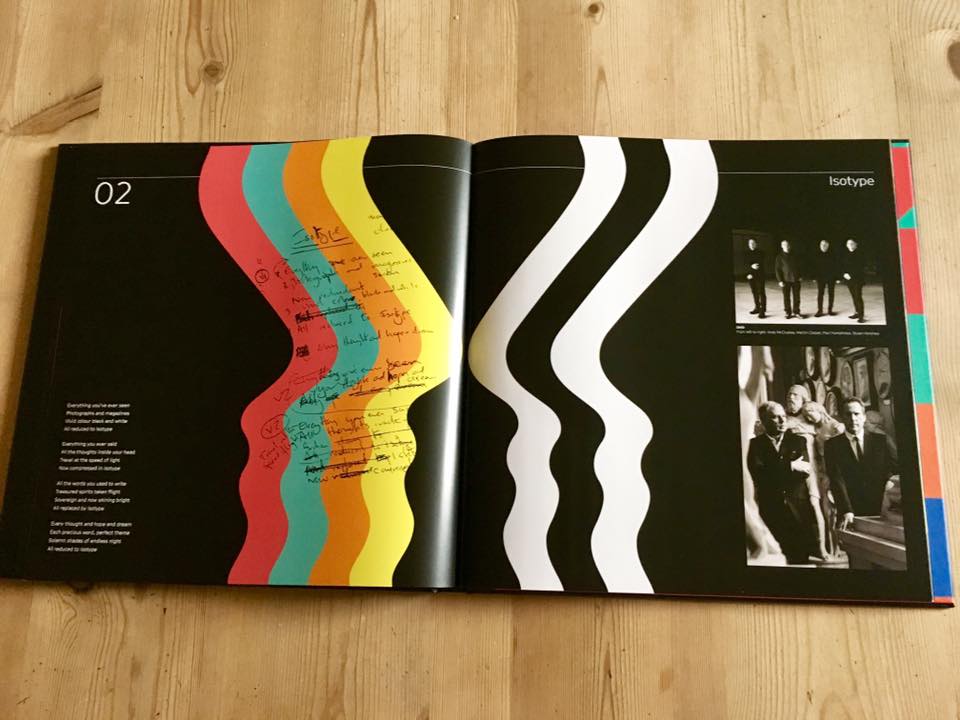 On the other hand, although the album itself is immensely enjoyable whatever format you purchase it on, admittedly this package does enhance the whole 'experience', particularly in terms of the book (the colours on the artwork of the album are utilised brilliantly on the pages for the individual tracks) and the demo CD (which clearly and interestingly charts the development of some of the tracks as time goes on).
In short, this version of the album is certainly not a necessity in order for you to enjoy OMD's new music. It is, however, a delightful collector's item which a lot of hard work has obviously gone into, and for fans who like experience an album as wholly as possible is definitely worth the money.

<<Thanks to Imogen for this review>> 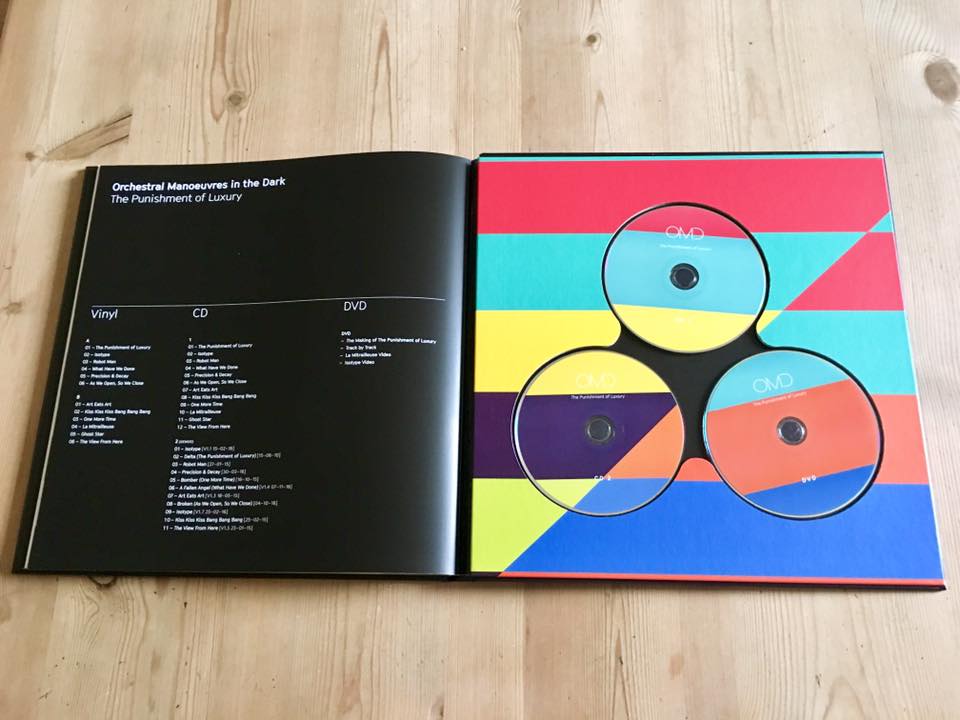