So 80s Present OMD, curated by Blank and Jones. 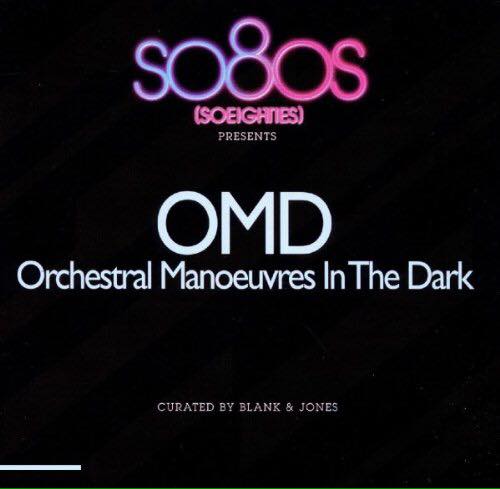 After producing four volumes of music by various artists, curators of the 'So 80s' series Blank and Jones turned their hand to compiling albums by just one artist- one of which happened to be OMD.

And, in all honesty, OMD's music is probably some of the most fitting for this type of album; they have always written songs that sit just outside the defined genre of 'pop music', so the extended versions of their songs sound natural and pleasantly experimental, rather than boring and drawn-out, as is often the danger with extending a well-known song that was originally three and a half minutes, to nearly eight.

These extended versions, however, seem to give the songs new-found life and vitality, particularly some of the more 'mainstream' songs (ie. the songs that die-hard OMD fans may have felt strayed from the group's new-wave roots) such as 'So In Love', 'Secret' and 'Dreaming'.

The true gem on this album, however, is 'Telegraph'. Although it's original punchy, naïve energy still remains, the added instrumentals serve as tension-builders, and make Andy McCluskey's vocal outbursts ('but who needs telegraph anyway?!') delightfully intense.

Although- simply because of the nature of 'extended versions'- this album may not appeal to the casual OMD listener, if you know the band's songs well, this is an intriguing collection that will see you discover something new every time you listen.