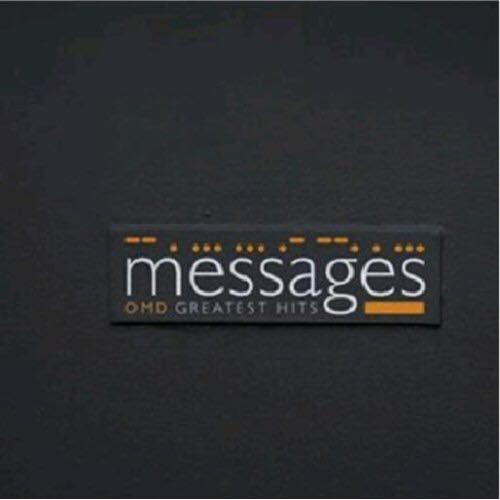 Despite the fact that the CD part of this album doesn't offer anything particularly new (it's almost downgrading from 1998's 'The OMD singles' album), with the DVD included, it actually makes for quite a nice package.

What the CD does offer is a fairly bog-standard set of greatest hits, covering some, though certainly not the majority, of OMD's output from their 1979 debut single 'Electricity'* to their 1996 No. 17 UK chart hit 'Walking On the Milky Way'. If you had just discovered OMD and hadn't really listened to their work before. these might be the songs that you should listen to first in order to find out what they are about as a band- an 'essential' collection, perhaps.

The DVD, however, features twenty tracks on the CD, plus eleven more, and results in a fascinating journey through the band's career in the form of every official music video they ever released. Some make more sense than others; 'Souvenir', for example, is a simple video, but makes a sweeping statement (like the song itself) with Paul waiting for Andy to pick him up in his Volkswagen. On the other even Andy himself admitted that the video for 'Talking Loud and Clear' ended up looking like something from 'the muppets'. Furthermore, whilst 'Universal' is a rather perplexing montage of seemingly random characters vaguely representing something from the song's lyrics, '(Forever) Live and Die' shows the band at their most relaxed, and doing what they do best- playing music.

However, although it is obvious some videos are more effective than others, in a way, this represents the era that OMD were at their peak; compared to some that were around at the time, a lot of the videos that are featured on this DVD are artistic masterpieces. If you have not seen it already, take a look at ABC's 'The Look Of Love' from 1982 and you'll see what I mean.

Overall, therefore, despite the vagueness of the accompanying CD, the DVD part of this package is completely worth the money- even if all you're after is a trip back to the 80s.

*N.B. It should be noted that, in order to make sense of the fact that the compilation is called 'Messages', this was put as the first track on the CD instead of earlier release 'Electricity'. All other tracks are in chronological order.