Second single from 'The Punishment of Luxury' 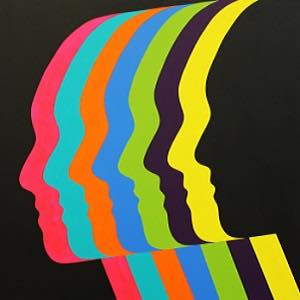 If 'Isotype'- the first noteworthy release from OMD's forthcoming album- was the mature, intellectual-sounding older sibling single, this second offering- the title track- is its louder, brasher, attention-seeking younger brother. The track is, after all, discussing the morally corrupt, depraved nature of the world we find ourselves living in, and whilst such a description is something of a cliché, the way in which 'The Punishment of Luxury' delivers its message is anything but that.

The lyrics, for example- in typical OMD style- are wonderfully unpredictable, verging almost violently from somewhat overbearing to borderline risqué (although the latter in particular certainly isn't a first for the group; previous subjects they have tackled within their songs include the KKK, prostitution, and the moral cost of casual sex). And yet, despite this, the track never once becomes crude or vulgar. Perfectly contrasted with the powerful back beat and a sparkling synth hook that could easily have been plucked straight from the early 1980s, the words (and the message they deliver) are simple yet clever, reflecting the uncomfortable truth of today's 'ugly', greed-driven society.

Whilst the complexities and intellectualism of 'Isotype' aimed to inform listeners, with 'The Punishment of Luxury' OMD clearly aimed to, first and foremost, force us to sit up and take notice of what they've got to say.