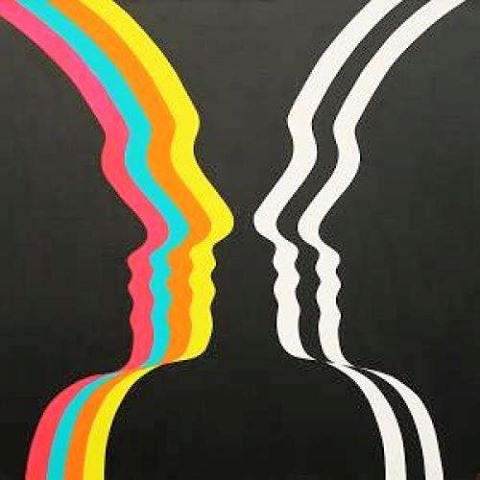 As the first single to be released from OMD's much-anticipated new album 'The Punishment of Luxury', 'Isotype' seems to have already caused much debate amongst fans of the band.

On the one hand, its punchy intro, complex layers of electronic sounds and strong melody make the song an almost-instant ear worm, and one of those songs that it is almost impossible to listen to less than twice in a row. On the other hand, however, the track's science-orientated title (harking back to the arguably-dark days of 1983 album 'Dazzle Ships'), lack of chorus and throwaway lyrics may be off-putting for those who were perhaps expecting more from the group's first single for four years.

But there is one thing for sure- 'Isotype' is instantly recognisable as an Orchestral Manoeuvres in the Dark track.

No, on first listen, it may not strike the listener as an appropriate choice for a single. We must presume, then, that it is to serve as more of a taster of the themes of the new album; hits, are, unfortunately, no longer something that OMD generally have (particularly in the UK and the US), and this is not because of the quality of their songs- which remains as high as ever- but because with the almost complete domination of MP3 as the public's preferred format of purchasing music, the charts nowadays are virtually meaningless.

What I am trying to highlight here is that the non-commercialism of 'Isotype' (and the debate it has caused) is perhaps more important than we might realise. It is a track that doesn't do what you expect, doesn't go where your ear or your brain might want it to. It proves that the band are more than capable of recapturing that freshness and unpredictability that captured people's interest back when they first started out- despite McCluskey and Humphrey's claims in 2013 that the 'English Electric' album would be their last, partially due to the fact they felt they were running out of ideas. Whilst lesser bands may have bowed to the wishes of today's brittle and broken excuse for a music industry, 'Isotype" is more than enough evidence to prove that OMD will never surrender to the pressures of formulae and unoriginality.