Second single from 'History of Modern' 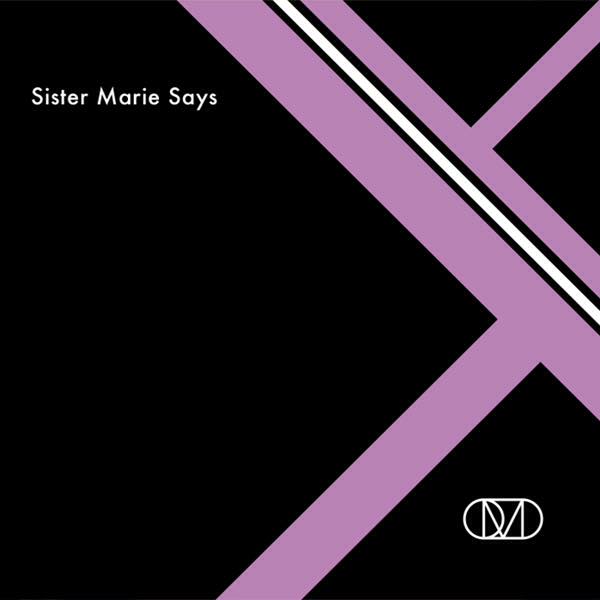 Songs with religious connotations in their titles- particularly singles- are often classed as 'risqué' or 'daring'. However, as OMD so famously did with 'Enola Gay' back in 1980, with 'Sister Marie Says' the group have managed to write a song about an often frowned-upon subject, AND make it into something that people might even want to dance to. Think of it as a combination of the contemplative 'Joan of Arc' and it's more rousing counterpart 'Maid Of Orleans'; the track was originally written during the 'Architecture and Morality' sessions (when the two Joan of Arc-related songs were originally released) after all, a fact reflected in the track's carefully-built 'architectural' structure (the tight repetitiveness of the drum pattern, for example) and the 'morality' of its lyrics ('life is full of sorrow and you need a restful hand/so call yourselves believers and you'll all get fooled again').

It is also something of a 'miracle' for fans that, despite the fact 'Sister Marie Says' was the OMD's thirty second UK single, the music still sounds as fresh and as uplifting as ever- most likely because it uses a more-than-satisfactory amount of choral sounds and synth lines, similar to that which the group used in their earlier music.

The one criticism that this reviewer would make is not of the song itself, but of the almost 'sinful' accompanying music video. Instead of grabbing hold of the potential of the track with both hands, it looks back to the discombobulation of the 'So In Love' video (from 1985), in which even both McCluskey and Humphreys admitted they weren't really sure what was going on. However, where the music is concerned, at this point in their career it's obvious that OMD still have that almost 'heavenly' ability to write songs that are both poignant and a delight to listen to at the same time.