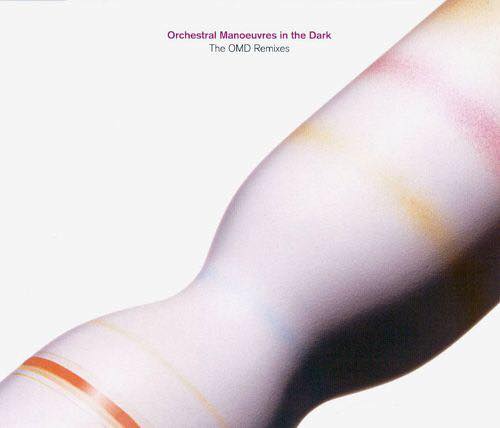 Released two weeks prior to the top twenty 'Singles' album, 'The OMD Remixes' proved that the group were still as relevant to the late '90s music scene as they were in the early '80s, with their songs obviously being prime candidates for remixes such as the three featured on this E.P. The 'Sash!' Remix of Enola Gay drastically alters the classic track, changing it into a pounding dance floor anthem; although this means sacrificing some of that early-80s naïvety that perhaps lent the original song much of its perverse charm, this version also allows us to hear McCluskey's vocals much more clearly- which are, as usual, full of passion and power.
The other two tracks, however, are barely recognisable. The fact that the 'Moby' Remix of 'Souvenir' makes Humphrey's softly sweet vocals more prominent will very easily be overlooked when the listener realises that it also manages to replace the track's haunting melody with basic, bland piano - resulting in the song sounding more like the 'Crossroads' theme rather than a synth pop masterpiece.

The 'Micronauts Remix' of 'Electricity' follows in a similar vein in that it is a hardly recognisable as the original, but takes a different route in terms of the actual remix, replacing the original catchy synth line with a riff (of sorts) that incorporates new synth sounds and drum beats. None of it, unfortunately, does much for this reviewer. In fact, the only thing this E.P. does seem to do (apart from make you want to go back and listen to how good the original versions of these songs were) is prove that OMD were well ahead of their time. Although, if you've listened to the group from the beginning, you probably knew that already.

Of course, one does have to remember that these remixes were also very much of the time- the charts in the late 1990s were massively dominated by dance music and remixes such as these, and although it may not have resonated particularly well with the group's earlier fans, it was perhaps a necessary release at this time. (N.B. Further remixes were also originally intended in order to make a whole remixes album, but the three featured here were eventually released as solely an EP due to budget limitations.

The other remixes are now available as part of the two disc edition of 'Singles').